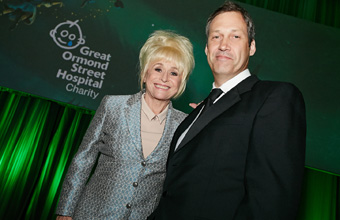 WHITBREAD Hotels and Restaurants, owners of Premier Inn, have announced a pledge to raise £7.5m towards their nominated charity, Great Ormond Street Hospital Children's Charity.
The announcement was made by actress and GOSH supporter Barbara Windsor at the Premier Inn annual conference, attended by 1,500 Premier Inn team members.
The money raised will go towards the construction of a major new development at the Great Ormond Street Hospital, which will be named The Premier Inn Clinical Building.
Business development and corporate responsibility director for WHR Simon Ewins said: "On behalf of thousands of our team members and millions of guests who have been a part of our fundraising this last year I am extremely proud to say that we have reached £1m - a phenomenal achievement which will help some of the sickest children from all over the UK.
"As we approach our one-year anniversary supporting Great Ormond Street Hospital Children's Charity it gives me great pleasure to announce our new pledge to raise £7.5m for 'The Premier Inn Clinical Building.' Having seen some of the lengths our teams have gone to already in the name of raising money for GOSH I can only imagine what weird and wonderful sponsorship ideas they will come up with next."