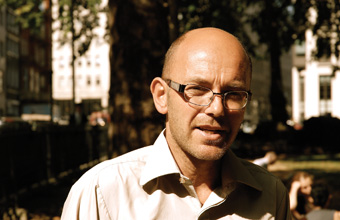 FASHION designer and style guru Wayne Hemingway MBE will be guest presenter at the Lancashire Tourism Awards 2012/13.
Wayne was born in Morecambe, Lancashire, and established his fashion label Red or Dead from a stall on Camden Market. He went on to win the Fashion Council's Street Style Designer of the Year for three years running and his distinctive shoes, clothing and accessories acquired admirers around the world.
He has also launched a series of Vintage Festivals, one of which came to Preston's Avenham Park from September 1-2 as part of Preston Guild Vintage Weekend.
The upcoming awards, which recognise the contribution of tourism businesses to the county's £3.25b visitor economy, take place at The Guild Hall, Preston, on September 13. Categories range from Small Hotel of the Year to Tourism Pub of the Year.