Smeetz, a Swiss startup to revolutionise ticketing in the UK 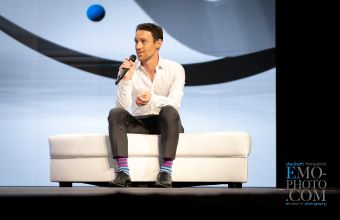 Earlier in the year, the Swiss-based company, which offers an intelligent ticketing and
pricing solution, announced its first clients in the UK. This was just the beginning for
the company and their plans to enter the UK market by the end of the year. The
start-up is already well established in Switzerland and with further partnerships
across Europe and the UAE. Clients include the Chillon Castle Foundation, the Swiss
Vapeur Parc and The Crocky Trail. Smeetz has a keen international focus and plans to
enter a dozen markets by 2025.
Founded 5 years ago, Smeetz has been able to adapt to the recent paradigm shift by being
the first ticketing software to offer a dynamic pricing solution to tourism and cultural players.
Now double award winners in both Innovation and Digitourism, they look to the future with
focused ambition.
Since the beginning of the year, in parallel with the closing of its convertible round and
development in Europe, the audacious scale-up has been preparing its entry into the British
market. With the gradual reopening of leisure facilities in Great Britain, Smeetz won its first
contracts in the UK. The Crocky Trail, a theme park in south Liverpool, has been using
Smeetz's ticketing solution since early May. Its little brother, the Habberley Trail, also
adopted the technology a few months ago.
The Smeetz team is delighted with this double success, which marks its entry into the United
Kingdom. To facilitate its expansion overseas, the company now has a British footprint with
further growth plans already in motion for completion by the end of the year. The
post-pandemic environment brings with it exciting new opportunities with the announcement
of a newly appointed UK Country Manager. Smeetz has gone about strategically introducing
the company to the UK leisure and cultural markets and will also be present at the British
Travel & Tourism Show on September 22 and 23, 2021.
Last but not least, the company's in the starting block for its fundraising planned for the end
of the year. The latter is an important step for Smeetz's development as it will allow the
startup to put into action its plan to internationalise in the rest of Europe.
Alexandre Martin (CEO and co-founder) at the PERL 2021 ceremony
Press release - 22.09.2021
Who are we?
Founded in 2017, the scale-up Smeetz offers cultural and tourism partners a ticketing and
dynamic pricing solution based on artificial intelligence. Its clients include renowned
institutions and tourism partners across Europe and now the United Kingdom. Its clients use
the Smeetz solution to increase their sales, optimise their occupancy rates and automate
their pricing strategies.
Smeetz currently has about thirty employees and now aims to become a world leader in the
field with an international expansion plan and a major fundraising in place for the end of
2021. visit us at https://business.smeetz.com/