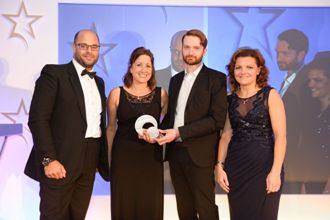 Jo Billings, Regional Events Director of Quidem Media - the company behind Touch FM and Rugby FM, said: "It was a wonderful celebration of Coventry and Warwickshire's outstanding mix of cultural and tourism businesses, organisations and individuals. Every winner, every finalist and everyone who entered, attended or sponsored the event can be extremely proud of the part they play in what this region has to offer. I would urge the people of this region to look at the award winners, look at the list of finalists and give them a try - there is so much to do in Coventry and Warwickshire and, very often, it's not always appreciated. These awards were designed to make sure they are appreciated and celebrated and this was a fantastic way of showcasing our great region."

For more information on Warwickshire and Shakespeare's England visit http://shakespeares-england.co.uk