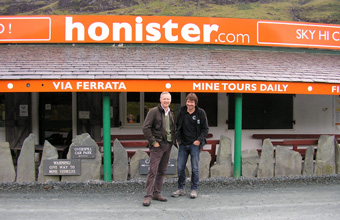 RORY Bremner is set to take ITV Daytime viewers on a journey around Britain in a collection of 20, hour long travel shows specially commissioned for afternoons on ITV.
Viewers will see the writer and comedian take in 20 iconic views around Great Britain, including the beautiful rural idylls of the Lake District.
Each show will culminate in a classic British view as seen by Rory, as well as taking in some less well known sights along the way, as seen through the eyes of locals, who live and work in each of the places he visits.
The first episode is to be broadcast on April 15 on ITV, at 2pm, during which Rory visits the Lake District, Cumbria, and discovers a whole host of interesting things along the way.