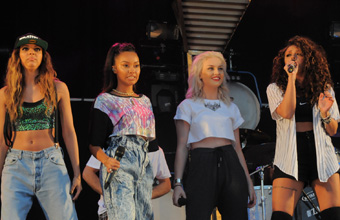 A SERIES of high profile events and months of live music have helped boost tourism in one North East borough to record levels.
New figures, released to coincide with English Tourism Week, show that South Tyneside attracted more than 140,000 visitors in 2013.
South Tyneside Council is now hoping to build on that success with an even bigger events programme planned for this year.
Deputy leader for South Tyneside Council coun Alan Kerr said: "2013 was an amazing year for South Tyneside.
"Not only did we attract record crowds but many of our events received international recognition, helping us achieve a welcome growth in tourism income.
"In South Tyneside we pride ourselves on offering one of the most substantial programmes of free events in the UK.
"Over the years this has attracted visitors from across the country and further afield and we're delighted to be continuing that into 2014, and hopefully beyond."