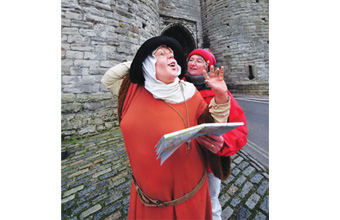 GROUPS looking to explore Canterbury's medieval history can now benefit from a new joint ticket launched by two of the city's top heritage attractions. The Canterbury Tales and the Canterbury Westgate Towers have joined forces to allow parties access to both attractions, with the option of a costumed character guide who can meet and greet from the coach and escort them to the venues.
The combined ticket costs £7.75 per person or £9.00 per person including a costumed character to meet and greet.