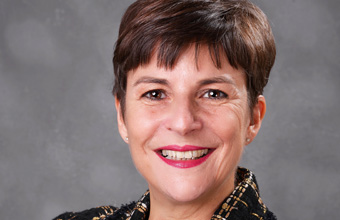 Helen Peters, formerly Deputy Director Tourism for Bicester Village, will take over from outgoing head Robin Tjolle on 30 November. Ms Peters brings with her thirty years of experience in tourism, working in sales and marketing for several leading leisure companies. She is also a past board member for Shakespeare's England.

She said: "I am absolutely delighted to be joining the team at Shakespeare's England as the new Chief Executive, especially at such a significant time. 2016, with the commemoration of the 400th anniversary of Shakespeare's death will be a momentous year for this part of the world. I look forward to working together with all our partner organisations to ensure that as a destination, we make the most of being in the world's spotlight."

"I am fortunate enough to have been involved with the organisation since its inception and am very much looking forward to steering it through the next stage of its development.  These are exciting times."

"I am delighted that Helen has been appointed as the new Chief Executive of Shakespeare's England. She brings a wealth of experience and expertise to the organisation that will be a huge asset as we move forward in the coming years.

"I would also like to thank Robin Tjolle for all he has done for Shakespeare's England over the last three years - from its origins to a fully fledged organisation. He leaves us in the enviable position of being recognised by our national tourist bodies as one of the country's leading tourist destinations."