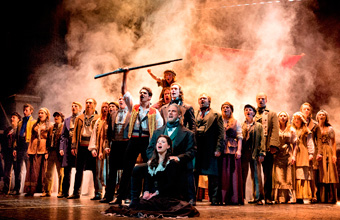 SUPERBREAK is expecting to see a surge in bookings for its theatre breaks to see Les Misèrables following the opening of the much-anticipated Les Misèrables movie.
The operator is urging agents to piggy back on the media hype the film is generating and promote its short breaks to London with theatre tickets included.
The film is an adaptation of the world's longest running musical, which has been seen by more than 60m people in 42 countries and has been a top 10 selling show for Superbreak for many years.