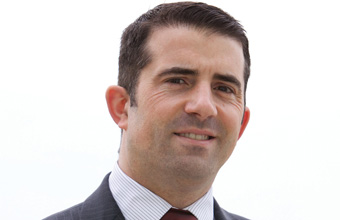 GENERAL manager of the Menzies Bournemouth East Cliff Court Hotel, Paul Clarke, has been elected as the new chairman for the Bournemouth Accommodation and Hotel Association.
Paul has been general manager since 2009 and will bring with him over 20 years experience within the sector to the role.
He said: "It is a great honour to be chairman of BAHA which has seen significant membership growth in the past year, the newly elected committee and I will build on the success that my predecessor Andy Woodland (former general manager at the Menzies Bournemouth Carlton) has achieved and will ensure BAHA has an even bigger presence in the local area."