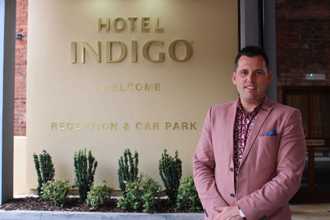 Within just four months of opening, Hotel Indigo Stratford upon Avon is officially the number one ranked hotel in Stratford-upon-Avon on TripAdvisor.

As the most popular social travel website in the world, TripAdvisor is contributed to by millions of travellers and accessed by even more as a judge of quality, service and the value of hotels, restaurants and local attractions.

After officially opening on 17 April, following a multi-million-pound restoration, Hotel Indigo Stratford upon Avon is currently the '#1 of 31 Hotels in Stratford-upon-Avon'. A total of 79 reviews have seen 74 people rate the hotel 5/5, while the other five scored it 4/5.

Recent reviews on the platform praised the hotel's "fabulous décor", "welcoming staff" and its "great location in the middle of Stratford-upon-Avon". One TripAdvisor user said they had "a perfect getaway in a perfect hotel" while another stated it was a "fantastic hotel" and "the Best Indigo I've stayed in".

Carl Davies-Phillips, General Manager of Hotel Indigo Stratford upon Avon was understandably pleased with the recognition. He said: "I'm delighted with being the number 1 hotel in Stratford-upon-Avon on TripAdvisor. When I joined the hotel at the beginning of the year, I stated that this was a tangible ambition of ours. I'll also admit that I didn't expect to achieve it quite so quickly. To go from nowhere on TripAdvisor to the top in less than four months is a fantastic achievement. It's testament to the great team we have as well as everybody who worked so hard making Hotel Indigo Stratford upon Avon the amazing boutique hotel that it is."

Although noting the achievement, Carl is also keen for everyone connected with the hotel to remain grounded and aim for continued success. He added: "We have a fantastic product, a team that's delivering great results and whilst I'm very proud, I want to reiterate that we cannot rest on our laurels. This is the standard that we've set so we need to continue to get better, carry on showing exceptional levels of customer service and filling more hotel rooms with delighted guests."


For the last two years the hotel has undergone a multi-million-pound major restoration project. The Grade 2 listed historic building has been painstakingly restored and is the biggest refurbishment in the hotel's long history. The decorative black and white half-timbered building is now blended with modern, stylish, contemporary bedrooms. The Woodman's Restaurant, The Falcon Tearooms and Cocktail bar provide guests with a unique boutique hotel. There are 93 guest rooms designed on three themes, each inspired by the history and locality of the town. All rooms are equipped with Hypnos beds with luxury Egyptian cotton linen, spa-inspired bathrooms, Nespresso coffee machines, high speed Wi-Fi and a variety of channels on a 40" flat screen TV.
For more information about Hotel Indigo Stratford-upon-Avon please visit https://stratford.hotelindigo.com/