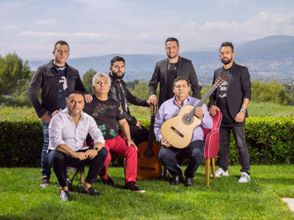 Boundless and Neil O'Brien Entertainment are proud to announce details of their inaugural summer festival, A Boundless Summer, which will take place in the grounds of Borde Hill Garden, Haywards Heath on Saturday 7th and Sunday 8th July 2018.

Set to become a highlight of the UK festival calendar, with tickets starting at just £40 per adult (booking fees apply), this year's headline acts are UB40 (plus support ASWAD) and The Gipsy Kings featuring Nicolas Reyes & Tonnino Baliardo, who will be performing at Borde Hill Garden on Saturday 7th and Sunday 8th July respectively, with further special guests to be confirmed in due course.

Bringing world-class acts to spectacular historical settings, A Boundless Summer is sure to give attendees a memorable and unique experience. Borde Hill is a beautiful Grade II* English Heritage garden set in 200 acres of parkland with magnificent views across the Ouse Valley viaduct. Created by Colonel Stephenson Robert Clarke from seeds gathered by the Great Plant Hunters of the early 1900s, the Edwardian Garden it is renowned for its rare shrubs and champion trees. The Garden includes distinctive living 'rooms', each with its own unique style, from secret, sub-tropical dells to the sophisticated Rose and Italian gardens. Nestled at the heart of the 35-acre garden and woodland is the Elizabethan Mansion House.

The concerts will take place in the beautiful parkland setting in front of the lakes and with the backdrop of the Elizabethan Mansion House. There will be a good quality range of catering and refreshments available to purchase on-site, and guests are able to pre-order a picnic hamper for collection on the evening of the show, to enjoy in the grounds. Attendees will also be able to bring in small camping chairs and picnic blankets from which to enjoy the concerts.

Boundless is a club dedicated to civil-service and public-sector workers - active and retired - looking to get more out of life for less. Members pay a small fee per year, and are given access to exclusive days out, holidays, ideas and offers. A Boundless Summer, the company's inaugural festival, is being opened up to the general public, who, for the first time, also have the option to join Boundless upon buying tickets, giving them access to the exclusive deals on offer year-round.

Legendary reggae and pop band, UB40 will be performing on Saturday 7th July, plus support ASWAD. UB40 are celebrating 40 years in the business along with the release of a new album in conjunction with PledgeMusic. The band has had more than 50 singles in the UK Singles Chart, and has also achieved considerable international success. They have been nominated for the Grammy Award for Best Reggae Album four times, and in 1984 were nominated for the Brit Award for Best British Group. UB40 have sold over 100 million records worldwide. The ethnic make-up of the band's line-up is diverse, with musicians of English, Irish, Jamaican, Scottish and Yemeni parentage.

The Gipsy Kings featuring Nicolas Reyes & Tonnino Baliardo will take to the stage on Sunday 8th July. It has been twenty-five years since they captured the world's imagination with their self-titled debut album—a record that became a genuine phenomenon, certified gold and platinum around the globe, introducing millions of listeners to a unique, irresistible blend of traditional flamenco styles with Western pop and Latin rhythms. Since then, the band has sold almost twenty million albums, all the while retaining the same line-up of virtuoso musicians.

A Boundless Summer will also be hosted at Bowood House, Wiltshire, with Jools Holland & his Rhythm & Blues Orchestra and Katherine Jenkins with The National Symphony Orchestra performing at the venue on Saturday 21st July and Sunday 22nd July respectively.

Carl Fillery, CEO of Boundless said: "We are absolutely thrilled to be hosting our first ever summer festival, A Boundless Summer, at Borde Hill Garden and Bowood House. The range of world-class acts on offer means there really is something for everybody. We're a club dedicated to helping people get the most from their free time, so we're delighted to be able to offer members of the public a chance to experience a Boundless event.'

Groups can book tickets for A Boundless Summer from the Borde Hill office on 014444 450326 and can be also purchased at http://www.boundlesssummer.co.uk OR http://www.bordehill.co.uk/events