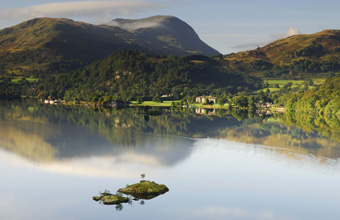 CUMBRIA Tourism is set to begin the next phase of a major promotion of The Lake District, Cumbria, as part of a co-ordinated national campaign run jointly with national tourist board VisitEngland.
Cumbria is one of several destinations across England partnering with VisitEngland in a new multi-channel marketing campaign designed to boost domestic tourism in 2013 by promoting short breaks in some of England's most beautiful rural locations. The campaign is the fourth of six launching from January to March, covering the four key themes of countryside, coast, heritage and culture, funded in part by the Government's Regional Growth Fund.