Brits Change Holiday Plans Due To Fear Of Terrorism 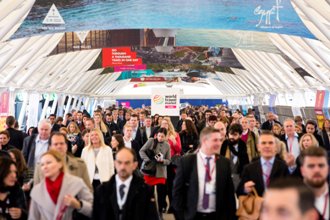 One third of Brits have changed their travel plans due to the fear of terrorism according to the latest research by World Travel Market London, the leading global event for the travel industry.

Almost one fifth of Brits (16%) are so worried about the threat of terrorism they refuse to travel and have even cancelled holidays.

With the safety and security of a destination as one of, or the most important factors when deciding where to travel, holidaymakers (58%) think there is still a distinct lack of travel advice on where is safe to go and don't believe there is enough information out there.

More than half respondents (55%) stated that terrorism had not impacted their willingness to travel; however it is possible that it still affected their choice of destination with many holidaymakers opting for the "safer" destinations after bookings to Greece, Spain, Italy and Portugal see a spike in the first half of 2017.

World Travel Market spokesperson Paul Nelson, commented: "With most capital cities on high alert, it's hardly surprising that we are more cautious in our decision when it comes to holidays.

"However with Brits having such a strong desire to travel, I think its unlikely terrorism threats will be too detrimental to the resilient travel industry."

The Foreign Commonwealth Office (FCO) have categorised many European destinations into level of terror threat, listing those of high threat, general threat, underlying threat and shining a light on those countries with very low risk.

It's likely that this fear shared by one third of Brits will make way for new holiday hotspots such as Malta, Slovenia and Iceland that are considered a 'low-risk, safe' option by the FCO.

World Travel Market London is the event where the industry conducts its business deals. Almost £3 billion in business contracts are agreed at WTM London, which takes place every

November. These contracts are the holidays consumers purchase the following year.

More than 51,000 senior industry executives attend WTM London every year, conducting around one million meetings, which lead to almost £3 billion in business deals.

WTM London, the leading global event for the travel industry, is the must-attend three-day exhibition for the worldwide travel and tourism industry. Around 51,500 senior travel industry professionals, government ministers and international media embark on ExCeL - London every November generating around £2.8 billion of travel industry contracts. http://london.wtm.com/. Next event: 6-8 Nov 2017 - London.