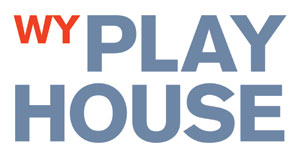 Since opening in 1990, West Yorkshire Playhouse has established a reputation both nationally and internationally as one of Britain's most exciting and active producing theatres. It provides both a thriving focal point for the communities of West Yorkshire as well as theatre of the highest standard for audiences throughout the region and beyond.

Recent highlights include the nationally acclaimed Northern Broadsides production of Othello featuring Lenny Henry in the title role and Priestley's classic When We Are Married featuring Les Dennis. A summer production of Philip Pullman's epic His Dark Materials, co-produced with Birmingham Rep, is booking well with many performances already sold out. The Tony and Olivier award-winning The 39 Steps which was co-produced here in 2005 is currently playing at the Criterion theatre, out on a UK tour and on Broadway.

Yorkshire has ambitious plans to be one of the world's top tourist destinations and the Playhouse is part of the rich mix of culture, heritage, shopping and dining opportunities that exist for groups visiting the region. Groups get a discount off full price tickets for most productions, including The Secret Garden for Christmas 2009. For full details call the Box Office on 0113 213 7700 or visit the website at www.wyp.org.uk. For Group Sales the number is 0113 213 7212